The Adolf Loos Apartment and Gallery presents a sales exhibition of works by the Corsican painter Jacques Papi, taking place from 12th February until 30th April 2015 in the small exhibition hall of the Mánes Gallery. The event represents Papi's first exhibition in central Europe.
“Corsican Abstractions” presents a selection of abstract paintings noticeably inspired by Jackson Pollock. However, Papi's works are closer to another American artist and successor of Pollock's style - Richard Prince, or even more notably to Braco Dimitrijević, who imitated Pollock's works as early as 1972.

Jacques Papi has extended the possibilities of drip paintings and as the new ”Jack the Dripper” confirms that abstract art is still a current subject.
While appropriating Pollock's style, Papi reflects the autonomy of creation. Painting as action or shamanic ritual: these are the attributes of Papi's Corsican abstraction.
Though the Corsican art community perceives Papi above all as a representative of gesture or action painting, Pollock's successor, the present curators want to draw attention as well to other qualities of his works, such as the view of art in a kind of local asymmetry against the continental theory and especially art history. The context of an art community both literally and figuratively insular, of which Papi forms a crucial part, reveals completely different value aspects, which form the key focus of this exhibition.
This collection of paintings exhibited in Prague is not a speculative and spectacular exhibition in the spirit of Richard Prince, Jonathan Monk or Braco Dimitrijević. On the contrary, it is a modest, intuitive and initiative process of painting. Without describing the process of creating an artwork from the view of creative autonomy, we can state that it is influenced even by other elements. This leads us back to the term local asymmetry. Just as a person is influenced by cultural expressions, the same individual can experience the same cathartic moments in nature. In this context, “Corsican Abstractions” represents the essential dichotomy of nature and art and makes evident the many layers of speculations about the origins of thought and human consciousness. Papi is not just a painter, but also a visual poet. His paintings represent the interface where human reason ends and emotion begins. 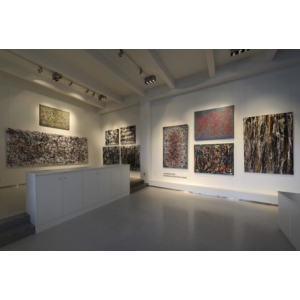 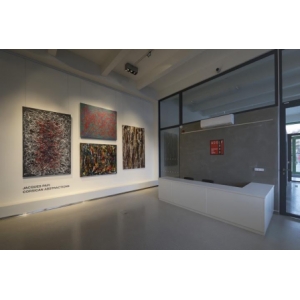 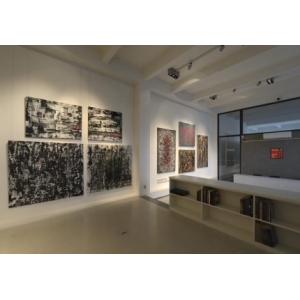