Press Release
May 24th 2016
Presentation of the publication František Kupka: Catalogue Raisonné of Oil Paintings
Adolf Loos Apartment and Gallery / Belvedere Vienna / May 23rd 2016
Adolf Loos Apartment and Gallery publishes the very first complete listing of the work by František Kupka.
Frantisek Kupka’s Catalogue Raisonné of Oil Paintings was created in cooperation with important European institutions, the National Gallery in Prague and the Austrian Belvedere National Gallery in Vienna. This is the first complete catalogue of the work of this outstanding painter and, as a result, has great potential for use by professionals as well as the general public.
Catalogue which contains 359 original oil paintings, was officially approved by the copyright manager of the artist, French company Adagp. A nearly six hundred-pages book is published in a trilingual edition in French, English and Czech. Foreign distribution was taken over by the world-renowned publisher König Books London. The publisher of the publication, Adolf Loos Apartment and Gallery, is the distributor for the Czech Republic.
The publication was also conceived with regard to the planned exhibition of the lifetime work of František Kupka, which will be held in 2017-2018 at the Center Georges Pompidou in Paris and the National Gallery in Prague.
The festive launch of the publication was held on Monday 23rd May at the premises of the Austrian National Belvedere Gallery in Vienna, in the presence of Belvedere director and co-author of the publication Agnès Husslein-Arco and the representative of the National Gallery Anna Pravdová.

Authors:
Vladimír Lekeš
From the beginning of the nineties he has systematically studied the work of František Kupka. He is the owner of one of the most successful auction houses Adolf Loos Apartment and Gallery in Prague, located in an apartment designed by architect Adolf Loos in 1927 for Richard Hirsch. This apartment Mr. Lekeš discovered in Pilsen in 1988 and saved from destruction. He was one of the first art-dealers to begin trading with the paintings of František Kupka in the Czech Republic and his company is behind many of the auction records of this painter. For many years, he has been the sole representative of the descendants of the art collector and Kupka's closest friend Henry Waldes, as well as other significant restituents and art collectors. Together with George Waldes, he dedicated to France and the Czech Republic a bronze bust of František Kupka for the monument at the artist's residence in Paris suburb of Puteaux and his birthplace Opočno.
He is listed as an expert in the prestigious Guide International des Experts & Spécialistes published in France, and has been commissioned by the copyright owner of František Kupka, the French company Adagp, to verify the authenticity of his works.
Agnès Husslein-Arco
Former director of the Austrian National Belvedere Gallery and the 21st Century House in Vienna, 2007-2016. She obtained a Ph.D. in art history and archeology from the University of Vienna and studied at the Sorbonne and Ecole du Louvre in Paris. Agnes Husslein-Arco is the leading Austrian art historian, curator of many exhibitions of classical modern art and contemporary art, author and editor of many academic publications. In 1981, she participated in the opening of the Vienna branch of Sotheby's, which she managed until 2000. Agnes Husslein-Arco was Director of European Development at the Solomon R. Guggenheim Museum in New York. from 2001 to 2003, Director of the Rupertinum in Salzburg, and from 2003 to 2005 Founder-Director of the Museum der Moderne Salzburg. From 2002 to 2004, she organized the foundation of the MMKK-Museum Moderner Kunst Kartner in Klagenfurt am Worthersee.
Ludmila Lekeš
Earned a B. A. in the History of Art from the University College London in 2012. Receiving a scholarship for academic excellence, she finished her Master’s degree in the History of Art with specialisation in Moderna and Contemporary Art in July 2013. Her research interest include the socio-economically conditioned formation of canonised art-historical narratives, and the rarely acknowledgement artistic exchange between East and West prior to the fall of the Berlin Wall. Most recently, her writing was acknowledged by director of the Courtauld Institute, Professor Deborah Swallow, who awarded her a Special Award for her M.A. thesis. After a three-year-long voluntary internship at the British Museum and a year spent as a trainee at Sotherby’s, she now works for one of the world’s most prestigious private galleries based in London and continues her academic work.
Eliška Zlatohlávková
Studied art history at the Institute of Art History at the Faculty of Arts of Charles University in Prague (2010 Master's degree, 2014 PhD.). Her primary interest concerns the art of the court  of Rudolph II.

Director of the Austrian National Gallery Belvedere Agnès Husslein-Arco with the director of Adolf Loos Apartment and Gallery at the    presentation of František Kupka: Catalogue Raisonné of Oil Paintings 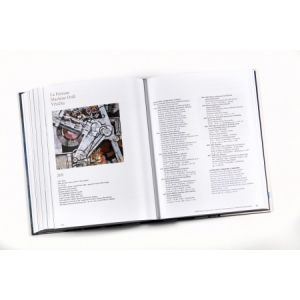 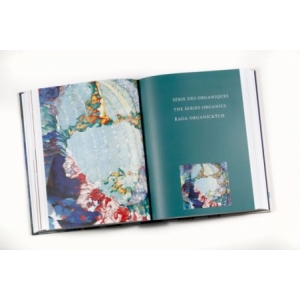