Press Release
The Exhibition  "Albin and Daniel Brunovsky: The Reality of Dreams"
8. 3. 2018 - 31. 5. 2018
Curator: Vladimir Lekes
On March 8, 2018, Adolf Loos Apartment and Gallery in Manes opened the first joint exhibition of Albin and Daniel Brunovsky: The Reality of Dreams.
Albin Brunovsky (1935 Zohor - 1997 Bratislava)
Albin Brunovsky is considered to be one of the most important Slovak artists of the 20th century. He studied at the Academy of Fine Arts in Bratislava under Professor Vincent Hloznik from 1955 to 1961. Brunovsky himself lectured at that Academy from 1966 to 1990. In 1981 he was appointed professor, since 1989 he has been the rector of the Academy. For his work he was awarded the title of National Artist in 1985. In his early works Brunovsky showed surrealist tendencies - defined as a tendency to individualism and the absurdity of a free subconscious. Later his work became more evaluative and critical of human being in relation to himself and society. The characteristic features of Albin Brunovsky's works are the combination of fantasy and real elements. He was a painter with a wide range of free graphics techniques, as well as fine graphics such as exlibris, postage stamps and banknotes. He created illustrations, for example, for Slovak editions of literary works by Nikolaj Vasiljevic Gogol, Miguel de Cervantes, Hans Christian Andersen or Auguste Villiers de l'Isle Adam.
In 1977 he won a competition for art designs of new Czechoslovak banknotes, with the whole issue carrying the name of the artist. Banknotes with Brunovsky’s designs entered circulation in the period 1985-1989. Their validity ended shortly after the break-up of Czechoslovakia in 1992.
"Nature and its elements depict the reality of dreams..." (Albin Brunovsky)
Daniel Brunovsky (1959 Bratislava)
Daniel Brunovsky plays a major role in contemporary Slovak art. Since his beginnings, he has been continuously devoted to painting, sculptural disciplines, ceramics and jewellery. After studying at the Academy of Fine Arts in Bratislava, department of monumental painting in 1979 - 1985, he attended a scholarship at the Accademia di Belle Arti in Rome in 1984, Italy.
In December 1989, after the collapse of the Iron Curtain, he designed a statue of the Heart of Europe on the occasion of a march to Hainburg, Austria. The work became a visual symbol of the Velvet Revolution in Slovakia. In his artistic work, he draws on situations where reality coexists with the unreal, and thus distances himself from the busy civilization life. He inserts symbols into his works, which enhances the effect of their author's testimony. In sculpture, the artist expresses his own creative language, dynamic and expressive. He has held more than 60 individual exhibitions at home and abroad, participated in many collective exhibitions and his work has been part of many presentations of Slovak fine art abroad. The exhibition presents paintings and sculptural works from the most recent period of Daniel Brunovsky.
The Exhibition was available in Adolf Loos Apartment and Gallery Exhibition Hall in Manes
(some artworks are for sale)
from March, 8 to May, 31 2018
Mon-Fri 10 AM - 6 PM
Adolf Loos Apartment and Gallery Exhibition Hall in Manes
Masarykovo nabrezi 250/1
110 00 Prague 1
www.aloos.cz loos@aloos.cz 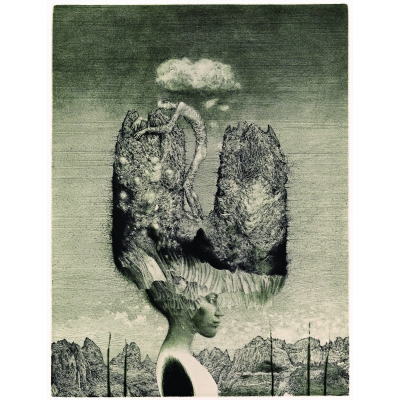 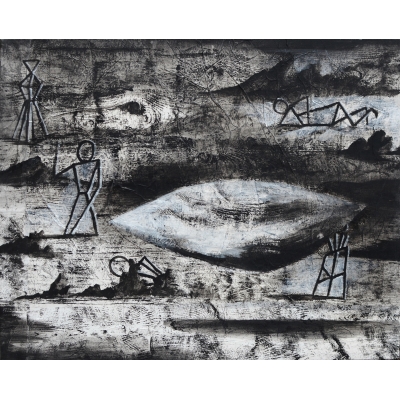 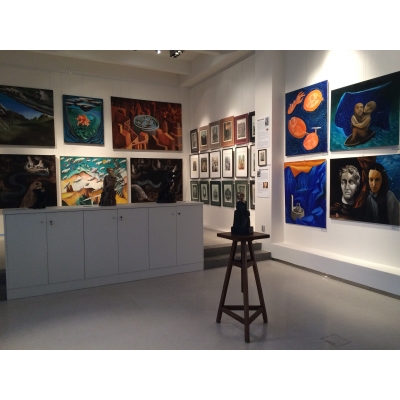