New world auction records were set at Sunday's art auction, Adolf Loos Apartment and Gallery. The auction house has once again confirmed its position as the leader of the Czech art market. The company auctioned painting by the famous painter Toyen called Circus from 1925 for a fantastic CZK 79,557,500. This is a new world auction record for Toyen. Jan Preisler's beautiful oil "Three Women in the Forest" was auctioned for a record CZK 29,040,000.

Toyen Circusfirst exhibited in 1925 at the world-famous L´art d´aujourd´hui (Art of Today) in Paris, along with the painting Port (now in the collection of the French National Museum of Modern Art Center Georges Pompidou in Paris). Toyen's work from this creative period is very popular among collectors and investors. The painting was auctioned on the phone by five people. A great success of the auction was the auction of another work from Toyen postcard format with the title Sans Titre / Untitled (Head of the Feline) from the period around 1955, the price of which climbed from CZK 680,000 to CZK 3 million. The painting came from the collection of the world's famous surrealist movement, André Breton, which Toyen personally dedicated to him in the 1950s.

The world auction record was set by the painter Jan Preisler, entitled Three Girls in the Forest from 1906. The iconic painting of symbolism is enriched by its excellent provenance, it comes from the collection of collector, art patron and friend Jan Preisler, Mr. Bohuslav Dusek. Preisler's pastel called Three Women (In the Forest) from 1908, which sold for an excellent CZK 1,052,700, also gained the attention of the auctioneers.

Another very valuable item of the auction was an attractive oil painting by Alfons Mucha entitled Look into the Future from 1938, coming from the collection of Dr. Bobek (personal physician Alfons Mucha). The charming work was auctioned for a fantastic CZK 13,500,000, which is also the painter's new record set in the Czech Republic.

A significant item in the auction was a painting by Max Svabinsky, The Nude with a Parasol (Walking). The painting was created in the open air during the hot summer days of 1908 in the Paradise Garden on the border of Vinohrady and Zizkov, while the author captured his fiancée Ela Vejrychova. The price of the painting rose to CZK 1,512,500.

Several excellent works by Frantisek Kupka also shone at the auction. One of them was Kupka's rare Abstract Composition from 1930 to 1935, which was auctioned for CZK 2,480,500. His magical work The Road of Silence II also achieved an extraordinary result. (La Voie du Silence II.). The final price of the painting was CZK 762,300.

One of the sensations of the auction was the auction of a collection of fourteen small drawings by Frantisek Kupka from the important collection of the patron of the arts and the factory owner Jindrich Waldes. Waldes bought the first of these drawings directly from Frantisek Kupka in March 1919, immediately after their acquaintance. Waldes' Kupka collection was the most important in the world, and Waldes was Kupka's greatest generous supporter and promoter from the beginning. All drawings were sold at excellent prices, which ranged from CZK 52,000 to CZK 655,000. The achieved prices exceeded their starting prices several times.

Artist Bela Kolarova stood out at the auction in the post-war art category. Her assemblage, called the Money Swallowing Machine,1966, was auctioned for a record CZK 968,000.

The current artists at the auction were represented by the popular author of the so-called soap bubbles Jiri Georg Dokoupil. His painting full of bubbles from 2015 sold for CZK 835,000. A painting by Magdalena Jetelova from the Pacific Ring of Fire series was auctioned for CZK 653,400. Chamber work MOTHERHOOD II. from 2019, one of the most prominent contemporary painters, Hynek Martinec, auctioned for almost CZK 230,000.

Art collectors were offered 140 outstanding works of art in the spring auction and the total price for the auctioned items exceeded CZK 160,000,000. Over 90% of the offered items were sold during the auction.

Adolf Loos Apartment and Gallery also hosted another annual charity auction. The auction proceeds will be donated in full to support the AUTTALK Endowment Fund of Kateřina Sokolová, the Filip Venclík Endowment Fund and the Hagibor Social Care Home.

All works of art were inspected by the most important Czech experts and foreign experts. 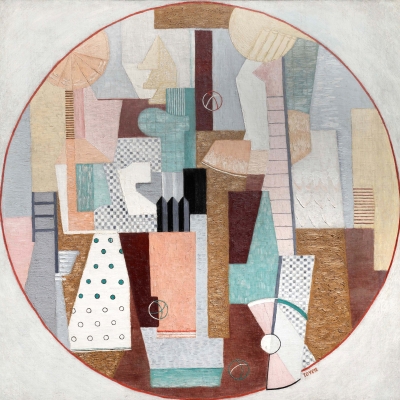