Oskar Kokoschka's top painting “Prague - View from the Monastery of the Cross”, which was auctioned at the Adolf Loos Apartment and Gallery in Prague for a record CZK 78.5 million and became the most expensive piece of art on the Czech auction market was exhibited at the Leopold museum.

According to the director of the Adolf Loos Apartment and Gallery Vladimír Lekeš, this prestigious museum, which houses the finest collection of paintings by Oskar Kokoschka and Egon Schiele in the world, showed great interest in this magnificent work. Their efforts culminated in a long-term loan that will undoubtedly attract the attention of many visitors both from Austria and abroad. Because of this work, they were even willing to rebuild their permanent exhibition at the Leopold Museum. The picture was personally taken over on 21 January 2020 by Dr. Hans-Peter Wipplinger, Director of the Leopold Museum in Vienna, attended by many distinguished guests from the field of culture and also the Czech Ambassador to Vienna, Mrs. Ivana Červenková.

In this masterpiece, Oskar Kokoschka captured the view of Hradčany and the Vltava with Charles Bridge. The center of the picture is not a prominent building, but a breathtaking view of the city with trees in the foreground that artfully enhance the elliptical perspective of the picture. Kokoschka painted the picture in 1934 from the window of the Order of the Cruisers in Prague. In total, during his stay in Prague in the years 1934-1938, the painter painted only sixteen views of the city, most of which are housed in national art galleries.

The Leopold Museum houses the most important collection of Austrian modern art, which focuses on the Viennese Art Nouveau, Wiener Werkstätte art and craft workshops and the period of modernism and expressionism. The patron of modern art, Dr. Rudolf Leopold with his wife. Together, he managed to acquire outstanding works by artists such as Egon Schiele, Gustav Klimt and Oskar Kokoschka. It is an honor for every work and its owner to be represented in the collections of this world-famous museum. 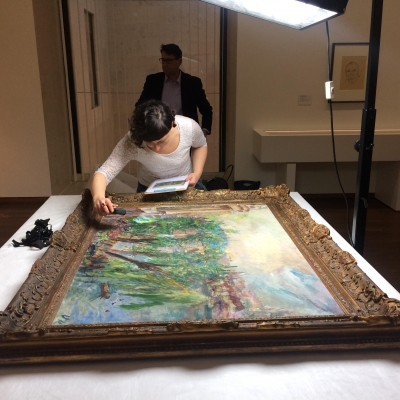 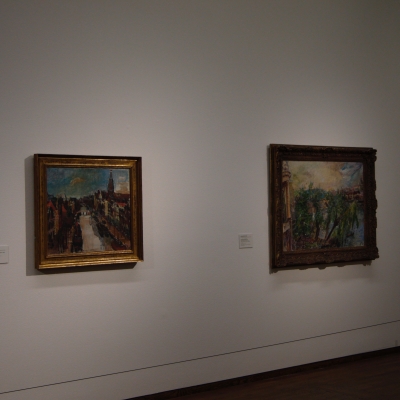